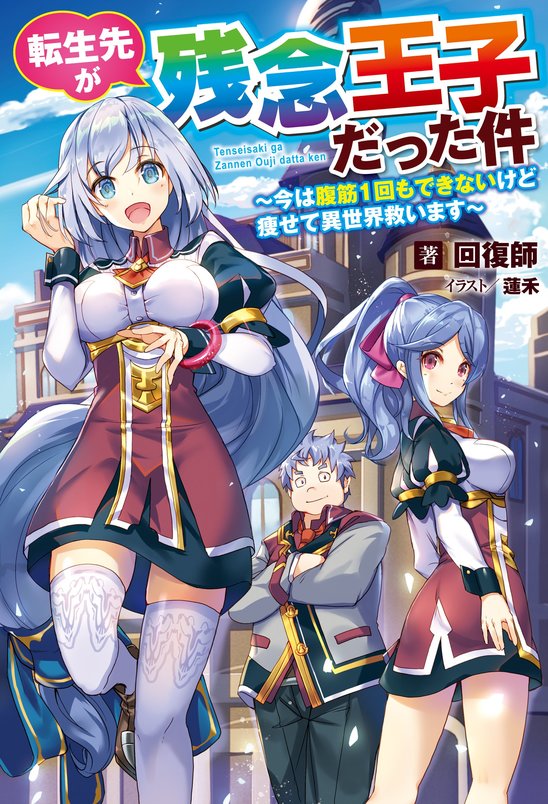 I’m currently working on metalworking using [alchemy] in the room I have been assigned.

First, I make a ring the size of my pinky finger for experimentation.

It’s a simple mixture of iron and 10% mithril.

“What are you making, master?”

Diana peeked in on me while sipping lemon water given to her by the chief maid after her bath.

Diana sometimes calls me “master” and sometimes “Lord,” but what’s the standard?

“♪ It doesn’t seem to mean anything in particular. It depends on her mood.”

I feel that Iris and Mifa’s ‘Luke-sama’ or ‘Your Highness Luke’ or referring to themselves as ‘I’ or ‘me’ are used differently in public, but I’m not sure about Diana’s. (TN: ‘Watashi’ and ‘Watakushi’ which is more formal)

Perhaps it is because of the difference between Diana’s consciousness when she was the original Drake and the one when she was strongly influenced by the memory of the ancient dragon.

“This thing I’m making now is for a [grant magic] experiment.”

“Hmm…… what kind of grant are you going to make?”

“I was wondering if it would be possible to grant [subspace storage].”

“With your current skill level of [grant magic] you can do it, right?”

She was even more interested when she heard it was an original idea.

“Hmmm, this ring only has one empty socket …… while the one I gave to Mifa and the others had four empty sockets.”

“The number of open sockets depends on the purity, quantity, and quality of the mithril.”

“I see. Is it because I only mixed 10% this time that the sockets are small?”

“Well, this is just an experiment, so I’ll take it as is.”

Attach [Grant] of [Subspace warehouse] to the empty socket of the ring.

The display on the “status plate” of a person who is at the proficiency level of 1 and who has freed all the spaces in the “subspace warehouse” looks like this.

There are proficiency levels in the [Subspace Warehouse], ranging from level 1 to 10.

(By packing them in wrapping cloths or boxes, up to 100 kg can be packed in a single square.)

Luke had a high aptitude for darkness, so he had two slots and four rows of 100 kg storage per square. 2 frames and 4 rows. Since it was about 120 squares, he could store up to 12 tons.

Well, now I even have [inventory], so I have unlimited storage.

I make a new ring again and add a new image in parallel with the 【Subspace Warehouse】 function when I attach the 【Grant】.

I store the finished product in the Navi workshop and have it checked.

“What do you think, Navi?』\

“♪ It seems to have worked.”

I created a dress-up skill for Diana and named it 【Fashion Dresser】.

Since two different changing patterns can be registered for the humanoid, a school uniform version and a plain clothes version are temporarily registered, and the change of clothes is stored in the ring.

Well, this time it’s an experiment.

Putting on the ring, it displays something like a mannequin model of a human figure on the [status plate].

The items could be registered and stored by dragging and dropping them from the [subspace warehouse] or “[nventory] to the registration area of the humanoid model on the “status plate”. The name of the registered model was [School Costume set replacement].
The items stored in the inventory were moved to the ring’s [subspace warehouse]. If you accidentally lose the ring, you’ll lose your entire uniform, so you must be careful. I often hear stories of people taking off their rings when washing their faces and pouring them down the washroom drain.

I actually used it.

As soon as I activated the device, I felt my body floating up for a moment and then it immediately began to glow brightly. And when the light subsided, I was in my school uniform. It only lasted about three seconds.

“Oh~~! Just when I thought master was glowing, he changed into his uniform!”

The buttons on my shirt were not stopped and the belt on my trouser wasn’t fastened.

When I invoked [Fashion Dresser] as one of the skills I possessed instead of the ring I had given as a test, I was able to put it on successfully.

“Navi, what could have caused the failure with the ring?』\

“♪ Perhaps you didn’t have enough image when you first gave it to the ring….. I think that things with buttons need an image to be buttoned correctly. Socks would also have to have a solid image or the heel would be misaligned or something. Shoelaces, ties, brassieres, etc., would also need to have an image of the correct attachment of the item incorporated into the information at the time of grant.”

I see, when it was activated as a skill, I was able to wear it well because I activated it with that in mind due to my failure with the ring.

“If that’s the case, there’s a lot of difficulty…… I’ve never worn girls’ underwear, so I can’t imagine it. I don’t have enough material anyway, so I’ll have to do it later……”

“♪If you have mithril ore, it’s stored in the duke’s treasury, so you can ask him to give you some in exchange for the [poison-resistant ring]”

“This is easily done with existing magic. Originally, to learn this magic, a job called [Leather Craftsman] is required, Master can acquire it by simply rolling an ability point and ignoring the job.”

“I’d say it’s not fair, but I’m a person who takes advantage of what’s available, so I don’t hesitate to acquire it…. hmm? Which one is it?”

I’m looking at the list of existing magic, but I can’t find anything that looks like it.

“♪ There are two types. The magic called [Tannin] and [Chrome] are like that…… but I’m not convinced that this is the name of the skill.’

When I asked what she was dissatisfied with, she told me that in Japan, tanning done by dipping in vegetable tannin is called “tannin tanning” and the method using chemicals such as basic chromium sulfate as a tanning agent is called “chrome tanning.”

“♪ If it’s going to be a skill name, it should be [tannin tanning] and [chrome tanning] properly!”

But since I was looking for the word “tanning” in the list, I agreed with Navi.

I used the points and got 【Chrome】, which can perform “chrome tanning,” the mainstream Japanese tanning process.

“♪ By the way, if you learn both [tannin] and [chrome], you’ll be able to learn a higher level skill called [mixed tanning]. This skill allows you to enjoy aging, which is the good point of tannin tanning, and still be able to create leather with a high degree of strength and flexibility, which is the good point of chrome tanning. Why don’t we just unify the skill name [tanning] from the beginning already? ……”

“♪ Not now! It’s a skill you’ll want eventually, but right now you should save the skill points for your own safety!”

“Then why are you telling me now? If I hear that it’s a higher level skill, I’ll want it!』\

I leave the tanning work to Navi’s workshop, and I work on the metal parts.

Come to think of it, Lara didn’t rush into the bath this time……

“♪ In fact, Lara was caught in her own room by the chief maid before she stormed in this time.”

“Oops, well, I was busy washing Hattie and Diana, so I wouldn’t have been able to give them much attention if they had come in.”