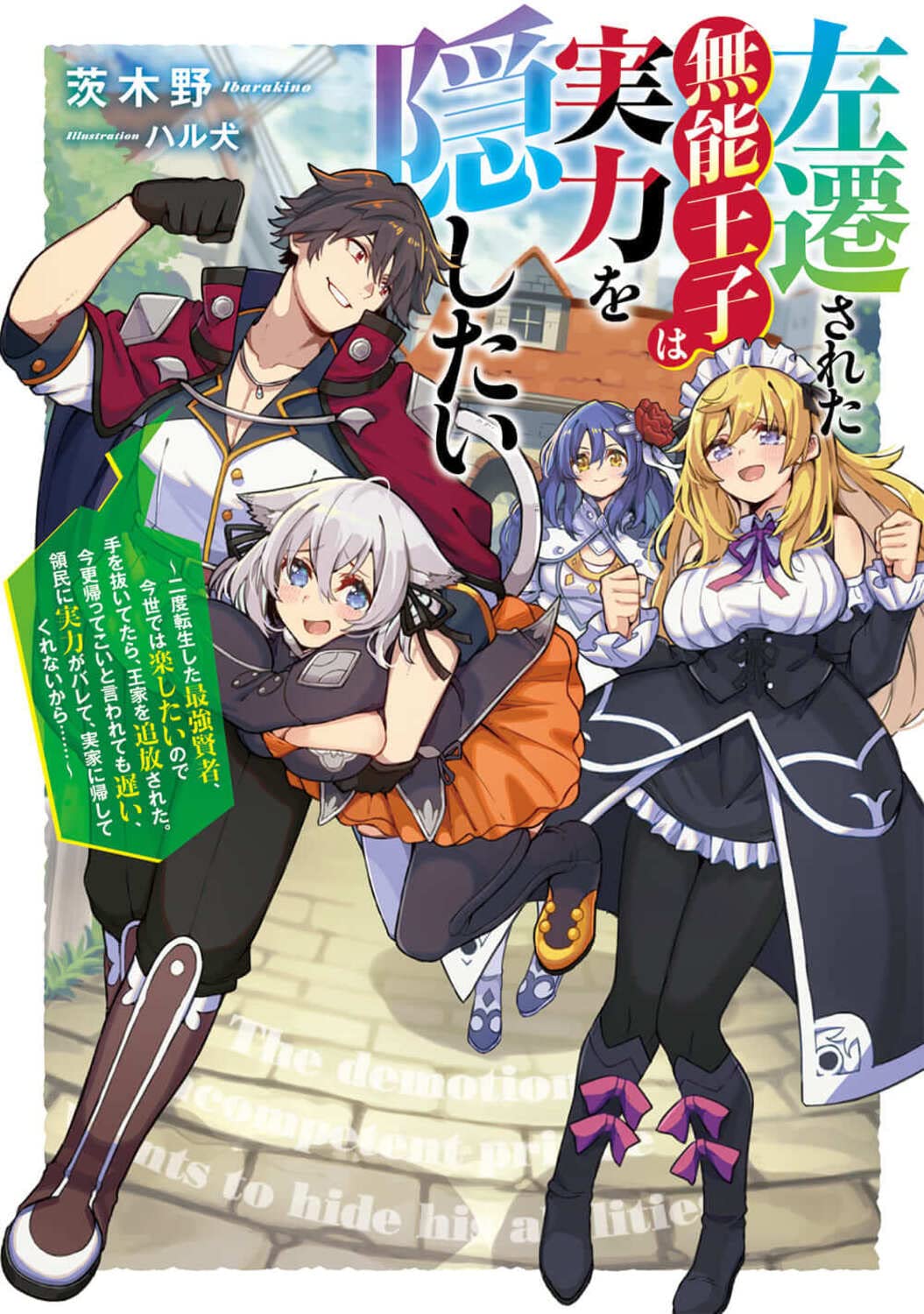 The seventh prince Noah made a big success, while at that time.

Noah’s brother, the Sixth Prince Dava, was in the woods on the outskirts of the royal capital with his companion.

“Damn! Noah stands out more than me!”

The reason why Dava was angry was that Noah was active in various places.

His younger brother’s feat was roaring outside Carter’s territory.

He prevented a catastrophe and bravely confronted the bandits…

And recently not only did he cure the prince’s illness, but he also eradicated the dragon which was a great matter of concern within the empire.

The more active Noah was, the angrier Dava was.

What’s even worse was that every time Noah’s reputation goes up, his father the king would insist that he bring his brother back.

“Noah is better than Dava”

Dava happened to hear that his father said so in his absence.

He couldn’t bear it, so he came to the forest to establish his martial arts skills.

“Dava-sama are you really going to the forest? It’s dangerous.”

His servant worriedly says so.

Dava glared at him sullenly and raised his voice…

“But the monsters in the forest are so strong …”

“You are talking to me so rudely knowing that I have the skills of a Kensei?”

Dava turns to his servant with the intent to murder him.

“You’re fired. Get the hell out of here.”

The servant clings to Dava while crying.

“I was just worried about you so I advised “…

Dava also became angry with the other escorts in the same way.

“Shut up! That’s my decision and anyone who disobeys me will be beheaded!”

The escorts that were fired had blue faces, dropped their shoulders low and return to the city.

The rest of the guards shook their bodies and shut their mouths so as not to upset Dava.

Dava was absolutely confident in his skills.

He firmly believed that he was chosen and was born great with the strongest powerful skill of Kensei.

“I’m better than my incompetent younger brother who has nothing like that.”

“Wait you monsters of the forest! I Kensei will eradicate you!”

“Huh Huh, Damn it! Sorry I didn’t listen. I didn’t know that the forest monsters are so evil.”

The first monster he encountered was the White Wolf Fang.

It was a D rank monster, something that a mid-level adventurer would never lose to.

Of course, Dava got on his feet and defeated one white wolf fang.

But at the time of its death, it summoned its fellow monsters.

The white wolves formed a pack and attacked.

Dava was completely frightened in front of a group of monsters with murderous intentions.

As a result he fled disgracefully.

The escorts are out of breath as they ran away with Dava.

They managed to escape the white wolves somehow.

Dava hits the escort on the cheek.

“Am I injured!? Kensei has the strongest power, I can’t be injured!”

“You are fired, also your fellow escorts too!”

“Dava-sama, we can’t afford to do that now! We have to run away first!”

“It’s the monsters! Damn, they have caught us!”

Both Dava and his escorts looked around.

A pack of white wolves surrounded them around.

My power is the strongest.

But why is my body shaking!?

He thought he wouldn’t be scared of such small fries as he has strong power.

However, the moment those terrifying fangs turn their gaze on me my body trembled.

“Retreat! All of you will become a decoy for me to escape!”

“After all, you all are just commoners; you’re not worth much if you die.”

One of the guards silently brushes Dava off his foot.

The other escorts nodded and turned to Dava.

“It’s the skills of paralysis!”

The escort set a frosty gaze at Dava.

“If you want decoys, be one yourself.”

The white wolves attacked Dava and his escorts all at once.

The escorts joined forces and managed to escape from the spot.

Dava was left alone and was shedding tears continuously.

But the escorts didn’t look back.

The white wolves are interested in the flesh of Dava lying on the ground, unable to move.

“I’m the Sixth Prince! I am a treasure of this country! you can’t just abandon me!”

When one of the escorts stopped and coldly said…

“The treasure of this country is Noah-sama, the seventh prince.”

“Noah-sama certainly has a bit of a character, but he’ll never behave as lowly as you, to sacrifice the lives of others to save yourself.”

Then, he said the decisive words.

This was the derogatory term given to Noah.

Although denying that he is not incompetent, this situation now shows that he is a useless person.

Although he has great power, but he was afraid of low-ranking monsters and tries to sacrifice his allies without hesitation.

The incompetent prince is Dava.

The white wolf bites on Dava’s arms and legs.

His screams echoed in the woods.

After that, he managed to escape with his life.

But by that time, Dava had become tattered both physically and mentally.

Late night in the forest.

Dava was trembling, sandwiched between the roots of a giant tree.

He curled up his body so that he cannot be found by monsters.

It was at this time it happened.

There was a mysterious person who completely covered his body with a black cloak.

“I have come to make a wonderful proposal to you.”

“Yeah! I want you to be stronger and powerful. I’m going to give this to you …”

In his hand was a vial of black liquid.

“This is a dark superhuman potion made by the strongest wizard who mastered magic, called the Dark Sage Noir long time ago.”

“Yes. If you drink it, you will instantly get the power of darkness and you will have great power. It is one of the magical potions made by the great sage Noir.”

It is a dubious potion no matter how you look at it.

“If I drink it, I can make Noah beg for mercy, right?”

“Yes, of course it is endorsed by the wise man.”

After moments of hesitation Dava picked up the superhuman potion.

The moment he sipped it,

The power of darkness springs up from his body.

“It’s an amazing potion! The Great Sage Noir! What a wonderful potion you’ve made! I don’t know where you are but thank you!”

So Dava was empowered up by the elixir made by the Great Sage Noir,

He is heading towards Carter’s territory for revenge.